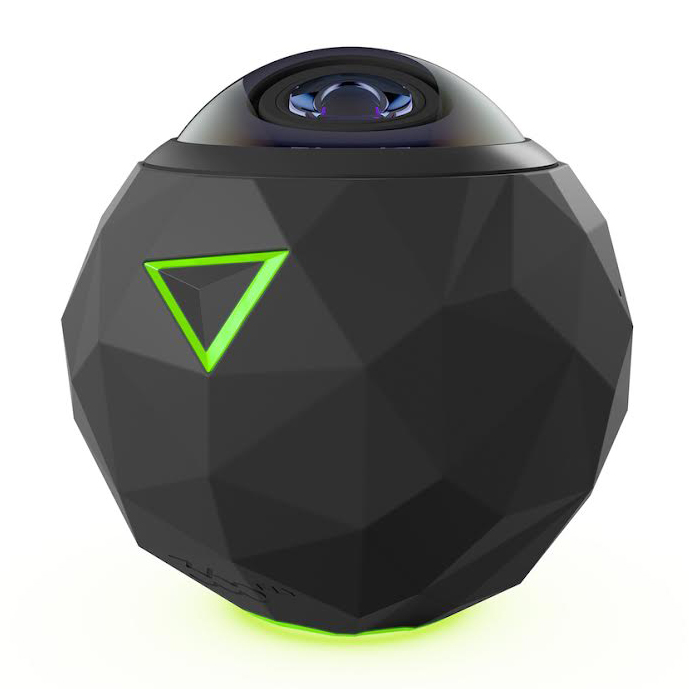 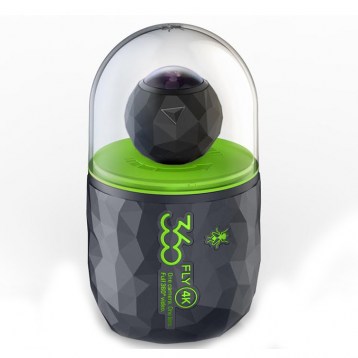 At the heart of the 360fly 4K is a powerful new 16-megapixel image sensor that increases resolution to 2880x2880 pixels - with no seaming or stitching. 360fly 4K is water resistant to 1 ATM, dustproof, shockproof and has a non-slip/soft-touch coating. New features include Motion/Audio Activate, Time-Lapse Mode, First-Person POV Mode, built-in gyroscope, non-assisted GPS, 64 GB internal memory, and full 360° Live Stream via the free Livit mobile app.

Capture your flights in a way never before available. Easily pan from the outside of the airplane to the cockpit and see all angles of your flight.

The App
The 360fly app serves as your 360fly 4K camera's viewfinder, controller and editor, giving you the power to capture, edit and share immersive, interactive 360° HD video directly from your iOS or Android device. Edit 360° video for viewing on standard 16:9 format social media sites. Push, pull and swipe to control your view experience right from your smartphone.

Virtual Reality
The reality of affordable VR is here. With the push of a button, 360fly formats your footage for viewing with VR players, including Google Cardboard. Experience it for yourself to see how this new world of video will change everything.

Panoramic 360° 4K HD Video
Swipe, scroll and pan through your entire video to see everything around your camera. YouTube, Facebook and more have the technology built in to easily see everything in the video with one touch. You can even move your smartphone to pan through the action, which is a fun and engaging way to show off your videos!